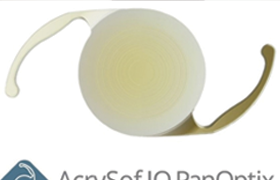 Methods: Our group included 32 eyes of 21 patients who underwent cataract surgery or refractive lensectomy with Acrysof IQ PanOptix multifocal intraocular lens implantation at the Ophthalmology Clinic of Faculty Hospital Hradec Králové during the time from September 2015 to December 2017. The observed parameters were visual acuity, subjective refraction, retinal light scattering and patient‘ subjective satisfaction. Preoperative refractive values and visual acuity values were compared with results obtained on day 1, 1 month and at an average of 27 months postoperatively. Subjective satisfaction and degree of light scattering on the retina were evaluated at the end of the follow-up period.

Conclusion: The value of light scattering on the retina is a factor affecting the degree of sensitivity to glare after implantation of multifocal intraocular lenses. In our group, we observed a deviation from the physiological range of retinal light scattering in only 6 eyes of 4 patients, but this did not lead to a deterioration in subjective postoperative satisfaction.