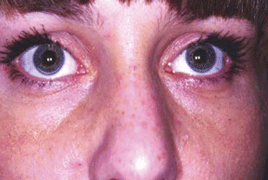 Familial hypercholesterolaemia (FH) is the most common congenital metabolic disorder characterised by the accumulation of lipid particles in the vascular wall thereby leading to premature development of atherosclerosis. It is a serious condition that, if left untreated, can lead to premature death in a cardiovascular event already in the third or fourth decade of life. According to recent studies, the frequency of heterozygotes in the general population is 1: 250, suggesting that there may be up to 40,000 of these patients in the Czech Republic alone. In terms of capturing FH, the Czech Republic belongs to the most successful countries in the world; however, most patients remain undiagnosed. It is essential that these individuals be actively sought for and manifestation of cardiovascular disease (CVD) prevented. There is a therapeutic option that is effective, safe and affordable. The MedPed (Make early diagnosis to Prevent early deaths) project network and a large number of physicians involved in the project represent an effective approach to the diagnosis and treatment of patients with FH. Even though a large proportion of patients with FH are asymptomatic until the manifestation of CVD, it is possible to diagnose FH using a biochemical examination together with a family history. In some patients, it is also possible to identify clinical signs of the disease. Typical ophthalmologic findings include arcus lipoides corneae and xanthelasma palpebrarum. While these are non-specific symptoms, especially if they occur in patients under 50 years of age, they should prompt examination of lipid spectrum parameters. Every patient with (or suspected) familial hypercholesterolaemia should be referred to one of the workplaces of the MedPed project network.