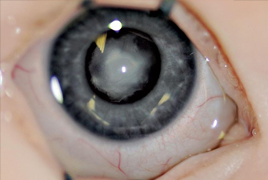 Published in Czech and Slovak Ophtalmology: 2015 - 1

Material and Methods: The cohort of 100 patients (200 eyes) consisted of two groups: In the Group1, there were 50 patients (100 eyes) who underwent One-day Simultaneous Bilateral Cataract Surgery (SBCS). The Group 2 consisted 50 patients (100 eyes) who had the surgery on one eye first, and later on the fellow eye. The course of the surgery, peroperative and postoperative complications were evaluated. The patients from the Group 1 were examined at the first postoperative day. In the next course, all patients were examined one week, one month, and 3 months after the surgery. In the postoperative phase were, besides the complications, the final visual acuity and refraction and its deviations from the target refraction followed up.

Conclusion: The results are showing that both groups of our cohort are comparable. The One-Day Simultaneous Bilateral Cataract Surgery (SBCS) is, from the surgical point of view, equally safe and effective as classically performed cataract surgery.