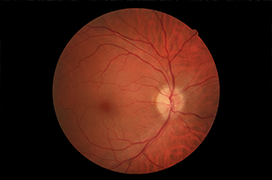 Vitamin D and Ophthalmolopathies. A Review

The importance of vitamin D3 (hydroxycholecalciferol) as one of the liposoluble vitamins is known in the prevention and treatment of metabolic bone diseases (rickets, osteomalacia, osteoporosis). In recent years, however, information has increased on the importance of vitamin D3 in numerous organ systems and in the pathogenesis of various diseases, e. g. ophthalmopathies. The immunological functions of vitamin D3 are the subject of studies dealing with autoimmune optic nerve disorders and their results appear to have a positive effect on demyelinating diseases. It also plays an important role in maintaining the thickness of the retinal nerve fiber layer, but its additional administration has not been successful. Optical neuritis may be the first sign of multiple sclerosis. It appears that sufficient serum vitamin D3 levels may protect patients from deterioration in the form of a further attack of demyelination. The course of diabetic retinopathy is probably also influenced by vitamin D3, inter alia, by correlating the fact that its receptor and the enzymes of its metabolism are expressed on the retina. Low serum levels of vitamin D3 may even trigger age-related macular degeneration. Conversely, higher dietary intake of vitamin D3 may positively affect neovascularization. The optimal level of hydroxycholecalciferol is between 60 and 200 nmol /l, the severe deficit represents a decrease below 25 nmol/l. The body can normally produce up to 10,000 IU of this vitamin after exposure to sunlight. However, the demonstration of its protective character in connection with the mentioned diseases of the retina and optic nerve will require a sufficient number of studies to confirm the facts found so far about this rediscovered vitamin.