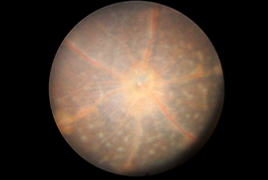 Microbiome and Uveitides. A Review

Published in Czech and Slovak Ophtalmology: 2022 - 2

Microorganisms inhabiting all surfaces of mucous membranes and skin and forming a complex ecosystem with the host is called microbiota. The term microbiome is used for the aggregate genome of microbiota. The microbiota plays important role in the mechanisms of number of physiological and pathological processes, especially of the host’s immune system. The origin and course of autoimmune diseases not only of the digestive tract, but also of the distant organs, including the eye, are significantly influenced by intestinal microbiota.

The role of microbiota and its changes (dysbiosis) in the etiopathogenesis of uveitis has so far been studied mainly in experimental models. Reduction of severity of non-infectious intraocular inflammation in germ-free mice or in conventional mice treated with broad-spectrum antibiotics was observed in both the induced experimental autoimmune uveitis model (EAU) and the spontaneous R161H model. Studies have confirmed that autoreactive T cell activation occurs in the intestinal wall in the absence of retinal antigen. Recent experiments focused on the effect of probiotic administration on the composition of intestinal microbiota and on the course of autoimmune uveitis. Our study group demonstrated significant prophylactic effect of the administration of the probiotic Escherichia coli Nissle 1917 on the intensity of inflammation in EAU.

To date, only a few studies have been published investigating intestinal dysbiosis in patients with uveitis (e.g., in Behcet’s disease or Vogt-Koyanagi-Harada syndrome). The results of preclinical studies will be presumably used in clinical practice, mainly in the sense of prophylaxis and therapy, such as change in the lifestyle, diet and especially the therapeutic use of probiotics or the transfer of faecal microbiota.