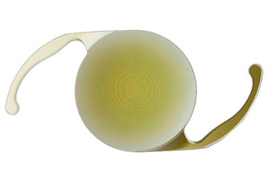 Published in Czech and Slovak Ophtalmology: 2020 - 6

Purpose: The purpose of the study was to evaluate the visual functions after implantation of Acrysof monofocal intraocular lenses Alcon (SA60AT. MA50BM a SN60WF a SN6AT).

Materials and methods: Four works are presented in the overview. The first work deals with the effect of eye length. corneal optic power and anterior chamber depth on the uncorrected near visual acuity (UNVA) after IOL implantation. The second work compares the effect of eye position (horizontal and vertical) on the final UNVA. The third work deals with the influence of the spherical lenses (SA and MA) and yellow aspherical lenses (SN) on UNVA. The later work examines the effect of pupil width on UNVA.

Conclusion: The works showed excellent results of UNVA and UDVA after implantation of Acrysof monofocal lenses.