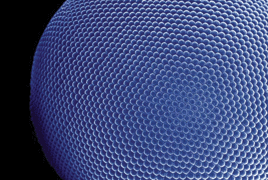 Published in Czech and Slovak Ophtalmology: 2016 - 6

Aim: To determine, if in the group of hypertensive (HTG) and normal-tension glaucomas exists correlation among ganglion cell complex (GCC) and retinal nerve fiber layer (RNFL) in the same altitudinal half of the retina and sum of sensitivities of the visual field’s opposite half (hemifield test) of the same eye.

Materials and methods: In the HTG group, there were 25 patients; thereof 12 women of the average age 53.23 years (range, 34 – 69 years) and 13 men of the average age 60.38 years (37 – 74 years). In the second group with NTG were 17 women of the average age 55.35 years (25 – 75 years) and 8 men of the average age 55.5 years (32 – 69 years). The including criteria in the study were: visual acuity 1.0 with possible correction smaller than ± 3 dioptres, approximately the same extent of changes in visual fields in all patients (with beginning stage of the disease), no other ophthalmologic or neurological disease. In patients with NTG, the diagnosis was confirmed by means of electrophysiological examination. The thicknesses of the GCC, as well as the RNFL were measured by means of SD-OCT RTvue – 100. The visual fields were examined by fast threshold glaucoma program with the Medmont M 700 perimeter. Th e summation of sensitivities in apostilbes (asb) was counted in the extent 0 – 22 degree in the upper as well as in the lower half of the visual field. Afterwards, the results of the sensitivities summations were compared to the opposite altitudinal half of the retina of the same eye (GCC and RNFL). To compare the dependence among selected parameters, the Pearson’s correlative coefficient r was used.

Results: To compare the dependence among selected parameters, the Pearson’s correlative coefficient was used. Comparing GCC and the sensitivity in the hemifield test we determined medium-strength correlation in NGT-patients only. Similar correlation we noticed also between RNFL and visual field, except of RNFL in the upper half of the retina and lower hemifield test (r=0.3, p=0.1). In HTG, we did not determine any statistically significant correlation.

Conclusion: Comparing GCC, RNFL, and visual fields, we determined medium-strength correlation in NTG only, which shows the evidence of difference of both diagnostic groups.